I watched the movie “Dil Bechara” last night. And at the end of the movie, I felt sad.

Yes, a part of it had to do with the fact that the main lead of the movie committed suicide a month ago. But, I felt a strong emotion towards the end of the film. It’s disheartening to see how a person can act so normally, smile all-the-time, make everyone laugh, be so gifted. And one day vanishes away from everyone’s lives. The ones left have to deal with the grief and agony of their absence.

After achieving so much in life and establishing himself in a nepotism dominated industry, I wonder what compelled SSR to take such a big unfortunate step. Many people are anticipating it to be a murder, but the point is that he was depressed and going through a tough phase.

I remember when his movie “Shuddh Desi Romance” had released, I refused to watch it in cinemas saying the main lead wasn’t “attractive”. That was a superficial judgment, I understand. To my defense, I was brought up in a culture where fair skin was celebrated. Indian movies in the 90s and early 20s were not a reflection of society, but rather an illusion. I have been looked down upon and discriminated against. One of my parents’ friends even told me that he never expected me to achieve anything in life. And that’s not even an interpretation of his sentence – those were his exact words. I have felt insecure and self-conscious. The only way to fight it is to accept yourself as you are. 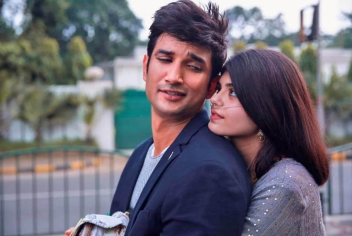 One thing I have learned from the whole SSR incident is to never take life for granted. Don’t make happiness depend on your goals. I always thought the quote – “Money can’t buy happiness” was lame. But No, it is not. Money can buy comfort, luxury, and food. You could be eating the healthiest food in the world, and living in the most upscale hotel, that will not make you happy. Travel, food, vacations, and more can make you excited, but not happy. And all this is temporary. Every paycheck comes with a cost – the time that is gone will never come back. I believe making more human connections is the only way one could be sparkling and satisfied in their lifetime. There is nothing more tragic than not having anyone to share your joy with.

Coming back to the movie, it touched my heart in a lot of ways. I was crying buckets during the second half of the movie. The way Manny died was difficult to watch, especially his last few scenes. I loved the songs. I liked all the Paris scenes in the movie – makes me want to go on a Europe Trip. After losing one of his legs to Bone Cancer, Manny could never get over it. That’s why he set out on a journey to fulfill other’s wishes, because somewhere down under whatever he did, could never make him feel happy or satisfied. The scene where Manny admits to Kizie’s father about how his world changed after the surgery broke my heart. I was sad thinking that football was never the same for him, he could never feel the ground the same way. Here was a guy, who had lost one of his legs, and is emotionally broken, yet he tries to smile and be happy no matter what. He is looking beyond his problems and helping others. And I wondered to myself – Could I ever be that person?

In the theatre, watching that Rajnikant movie, he was dying. His body was infected and he was bleeding. He was struggling, he didn’t want to die. But, this wasn’t a typical movie where he could survive it. In real life, people don’t survive such conditions. And he was gone.

Yes, I understand it was a movie, and the characters were not real. But there are millions of people on this planet like Kizie and Manny. The characters may have been over glamorized – but they exist in real life too. After watching the movie, I cried thinking how self-centered I am. I always thought about myself and my family. I have stressed myself thinking I wasn’t doing enough. Human nature astonishes me, no matter how well you do, there is always a scope of more that could have been done. You struggle and struggle and struggle to make it there and then you make new goals. It’s a loop that goes on. 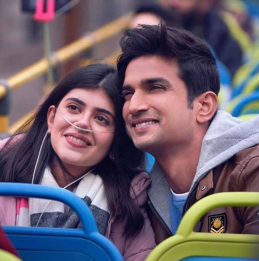 Manny found his comfort in movies, and Kizie found hers in Music. Everyone has a different definition of happiness. So what if you have a day job, you don’t need the whole day to do things that make you happy, no? I believe that happiness comes in small bundles. You might think traveling is rejoicing but if you think through – you might discover that meeting new people brings you joy. There is always a hidden meaning.

Sometimes you need to stop and think about where you are headed. Think about anything that makes you smile. These are the moments of complete silence. Be grateful, and discover yourself. Celebrate yourself!