One Does Not Simply Add Ethics To Technology — L.M. Sacasas

By Shraddha in Technology on November 12, 2017
No comments 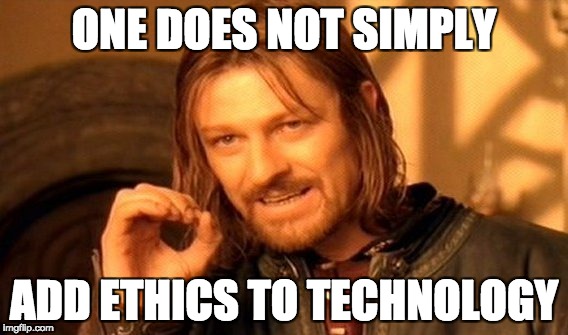 In a twitter thread that has been retweeted over 17,000 times to date, the actor Kumail Nanjiani took the tech industry to task for its apparent indifference to the ethical consequences of their work. Nanjiani stars in the HBO series Silicon Valley and, as part of his research for the role, he spends a good deal […]

via One Does Not Simply Add Ethics To Technology — L.M. Sacasas